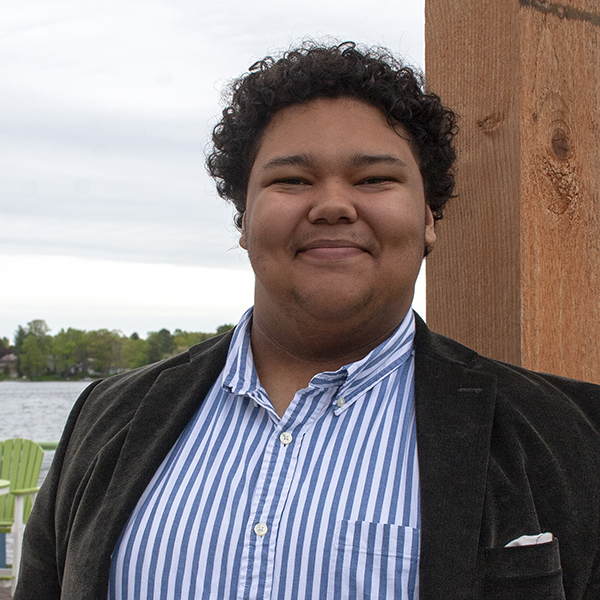 Oconomowoc Festival of the Arts attendees may be familiar with Malik Staude, having enjoyed his multiple performances on our piano stage.

Malik has been studying classical and jazz piano for 10 years with Ellen Figueira of Waukesha County Conservatory of Music. She was immediately impressed with his ability (as an eight-year-old) to communicate respectfully and clearly and with his serious and remarkably humble desire to “play the piano right”. To date, he has earned a level 6 theory certification from the Royal Conservatory of Music.

Malik is interested in composing and arranging as well.  He earned the highest rating at the 2017 WSMA Solo and Ensemble Festival for a 12-piece brass arrangement of “O Danny Boy” He composed several original songs for the OHS production of “As You Like It.”.

You may find Malik and fellow scholarship recipients, Jacob Hogan and Travis Cooke ‘gigging’ in the area with their ensemble “Chili”. They recently played at the Oconomowoc Arts Center Gala.

He is President of the Tri-M honor society and a member of ITS (International Thespian Society).

In the summer of 2018, Malik was elected by 800 of his peers as Governor of Badger Boys State which is a weeklong government and leadership camp sponsored by the American Legion.

The Oconomowoc Festival of the Arts wishes Malik every success as he plans to study Jazz Piano at the University of Wisconsin-Milwaukee in the fall.