About the Oconomowoc Festival of the Arts

The Oconomowoc Festival of the Arts is sponsored by the Oconomowoc Festival of the Arts, Ltd. an all-volunteer community organization. For over half a century, the festival has been held on the third weekend in August in beautiful Fowler Park on the shores of Fowler Lake in the heart of Oconomowoc. Situated roughly halfway between Milwaukee and Madison, the festival sees patrons from as far away as both large cities.

Visitors can enjoy various musical and entertainment groups on three stages scattered throughout the park. Families are encouraged to create their own works of art in the Children’s Area adjacent to the Children’s Stage. The silent art auction enables visitors to take a piece of art home with them. Everyone will find delicious treats provided by local community organizations at the Food Pavilion.

So come to Oconomowoc –Where the Waters Meet– to leisurely shop for quality artwork in all media: photography, painting, drawing, fiber, jewelry, wood, metal, glass, stone… the artistic choices are as exquisite as the scenery.

In 1974, the event moved to Fowler Park to have space for creative layout and to celebrate the park and lake. It continued to flourish each year, adding more artists, exhibits, entertainment, and concessions. It is funded by artists, individual donors, the clubs, and community leaders.

Due to its success in the last 50 years, the Oconomowoc Festival of the Arts fosters public awareness of the arts through the annual festival, scholarships, sculptures, and youth programs.

The griffin has been the logo from the beginning in honor of the two griffins displayed in front of the Oconomowoc Public Library.

OFA is pleased to be a recipient of Oconomowoc Chamber Orchestra‘s 2020 Chatfield Award. The Chatfield Award is named after Frank S. Chatfield and recognizes those in our community who have reached out in support of the arts.
Be sure to check out the plaque next time you’re at the Oconomowoc Arts Center. It hangs to the right of the Performing Hall entrance. See more about this honor in this video tribute: https://youtu.be/TAX2HMkuaO4. 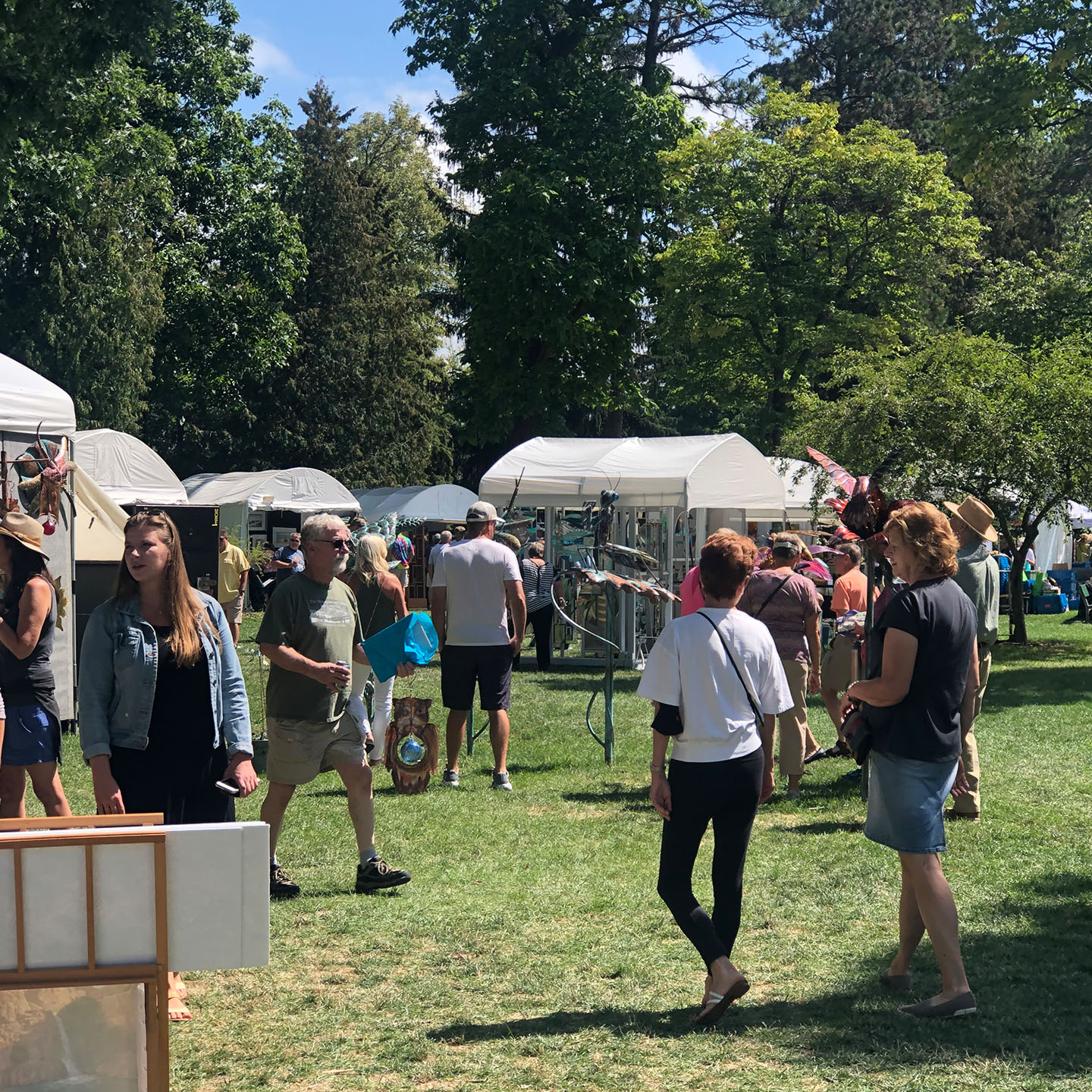 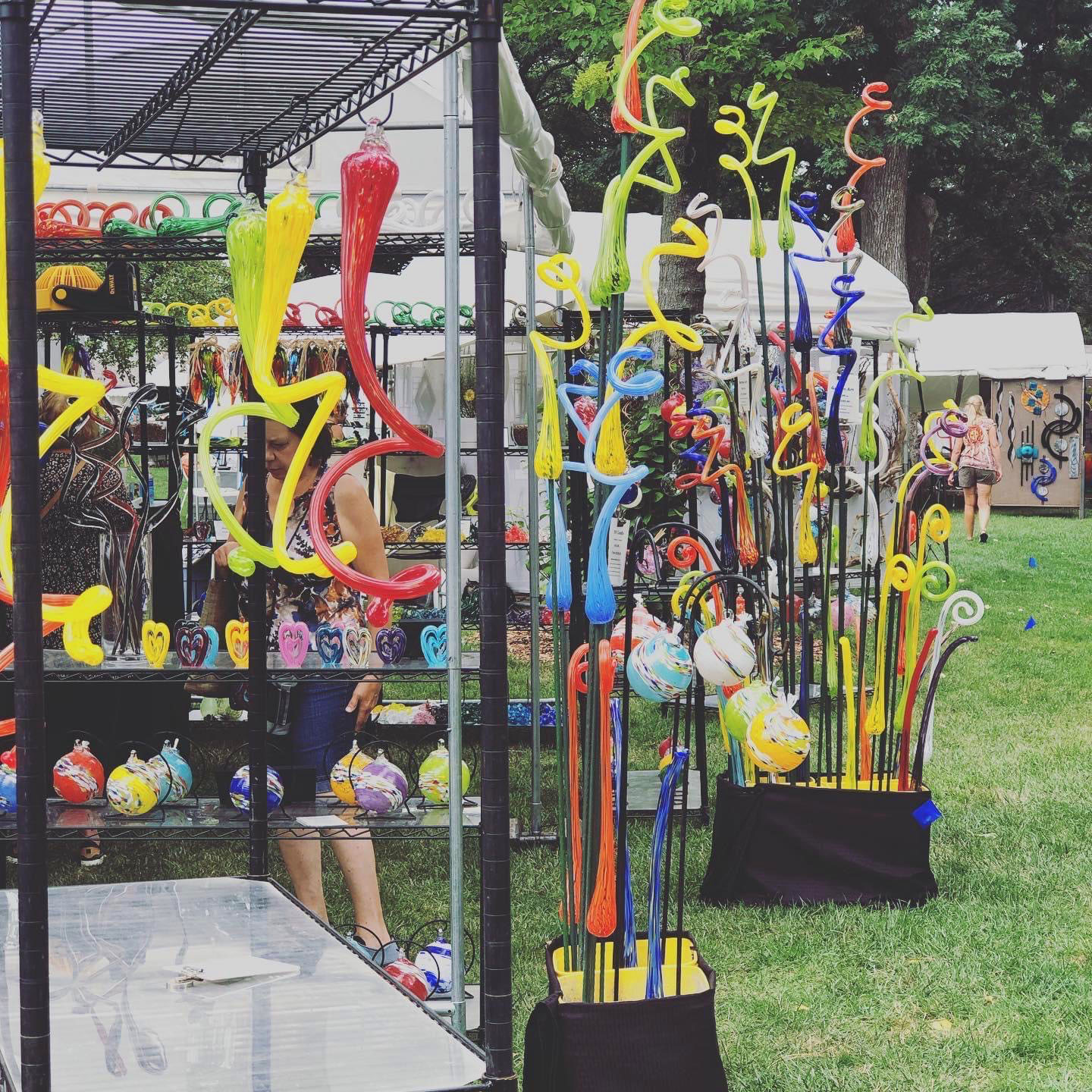 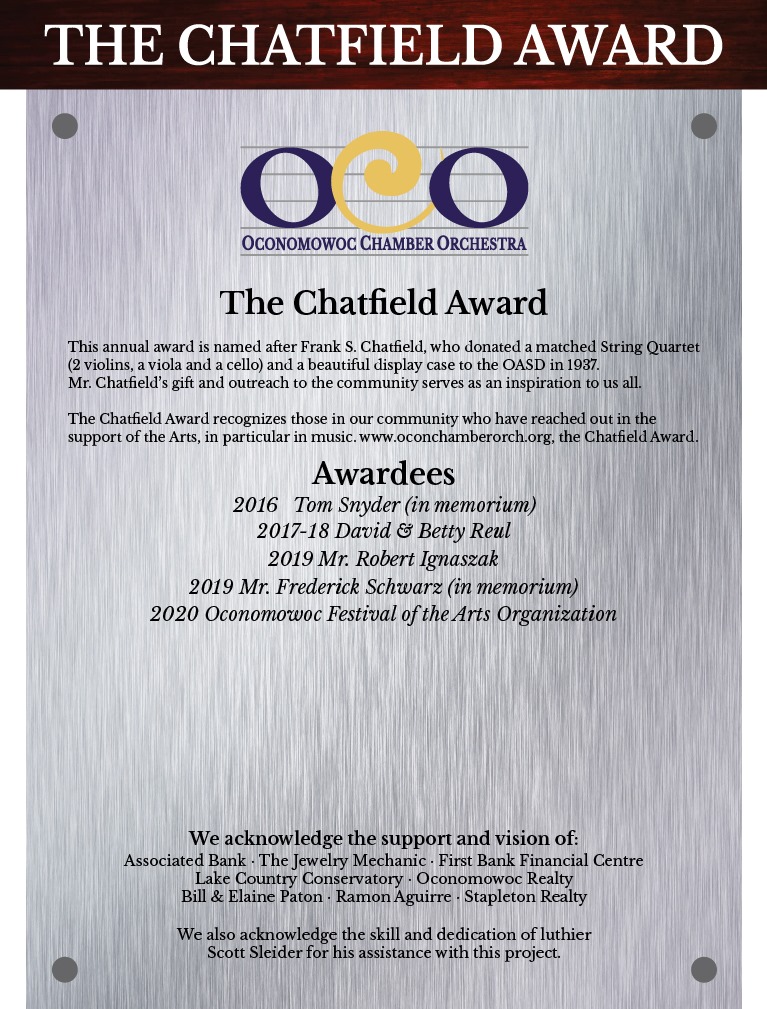 Several sculptures were purchased by the Oconomowoc Festival of the Arts committee and installed around the city of Oconomowoc in recent years. These gifts are in keeping with the Festival’s mission to bring fine art to the community. Enjoy! 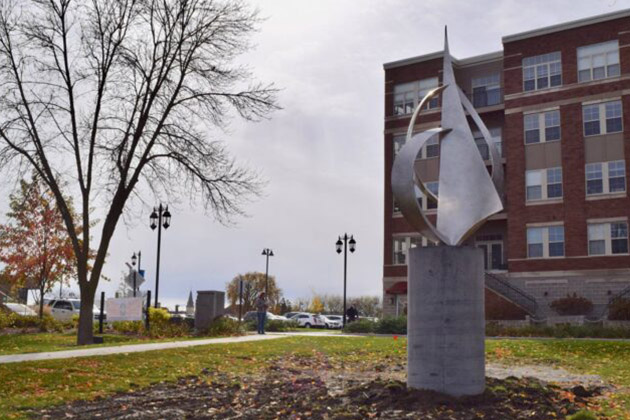 “Where the Waters Meet” by Terri Field

When the Lac la Belle beach front flagpole was relocated – leaving the city’s buried GPS signal without a historical landmark – The OFA committee voted to have it replaced with this sculpture in 2017.

Terri Field, a local artist, designed the sculpture, “Where the Waters Meet,” collaborating with the Park and Recreation Board to create a shared vision and historical symbol of Lac la Belle.  This sculpture represents the sailing regattas that still grace our lake front. Featuring four sail-like pieces of metal, it symbolizes the four main lakes in Oconomowoc: Lac la Belle, Oconomowoc Lake, Fowler Lake and Silver Lake. 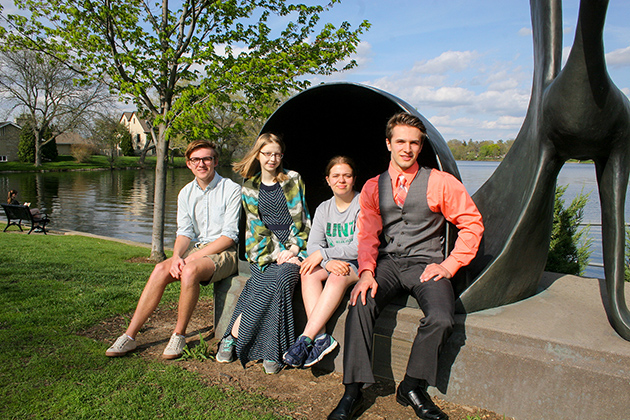 “The Spirit of Oconomowoc” by John Rawlins

This sculpture was purchased by the Oconomowoc Festival of the Arts as a gift for the city of Oconomowoc in 2016 and relocated across from Veterans Park, overlooking Fowler Park.

John Rawlins was an international wildlife artist and instructor whose media included oil painting, bronze sculpture, and wood carvings. He created artwork to reflect the beauty that surrounds us in our natural world. His work can be found in local, national, and international collections. 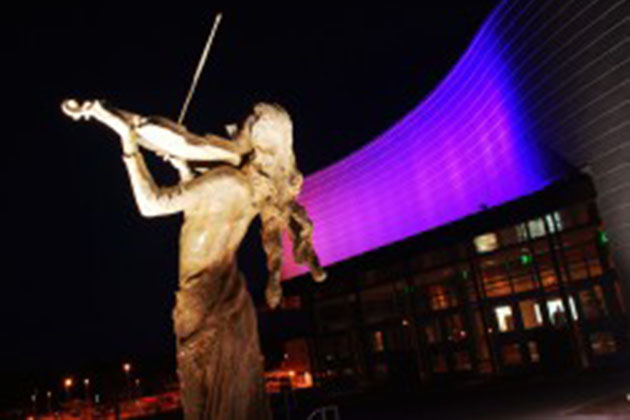 The bronze sculpture “Melody” was installed on November 14, 2008 in front of the new Oconomowoc Arts Center, as a gift from the Oconomowoc Festival of the Arts.

The sculpture was created by California artist, Tuan, who was born in Vietnam. His work radiates peacefulness and serenity through graceful lines and rhythmic compositions.

Help make the 2022 Festival the best year yet 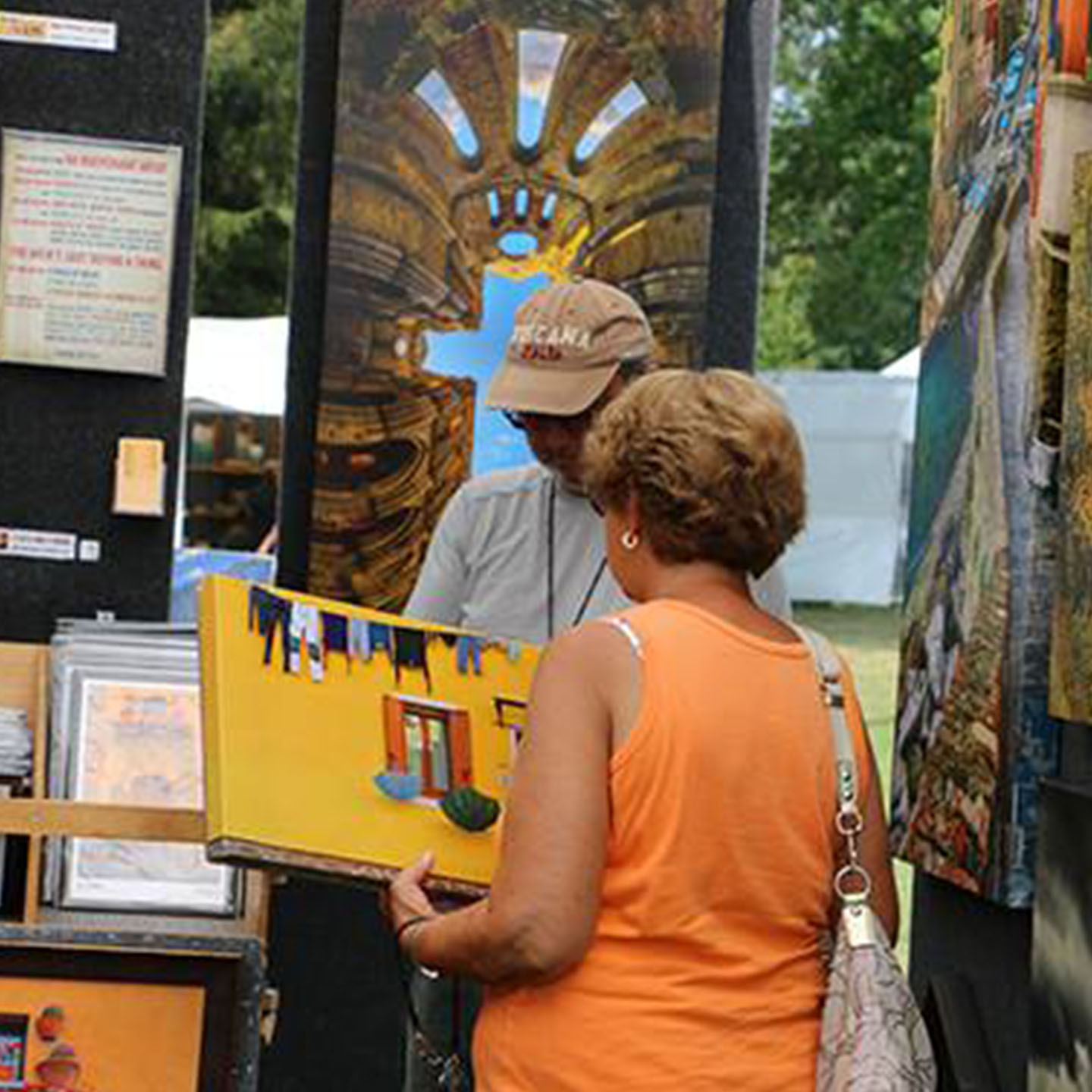 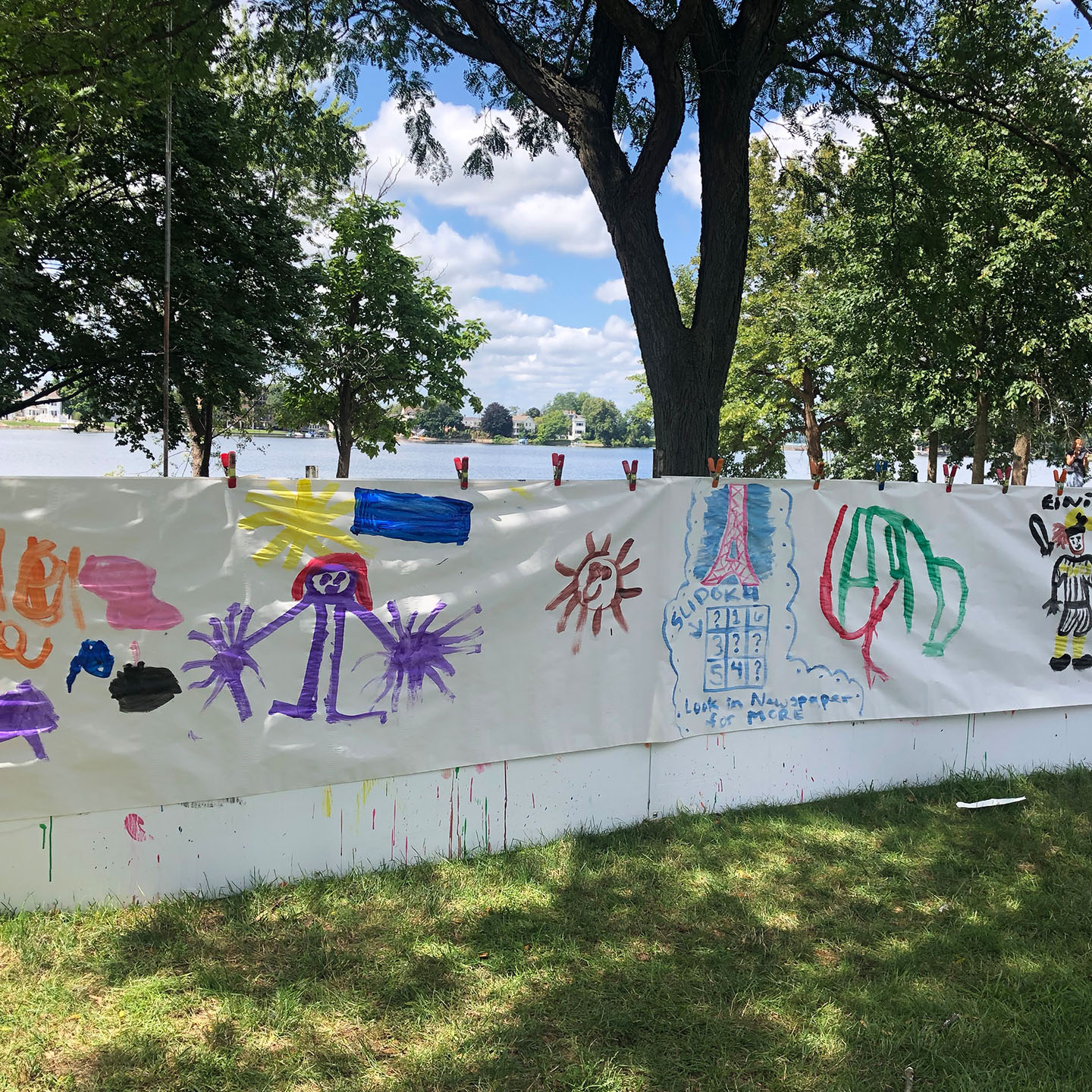 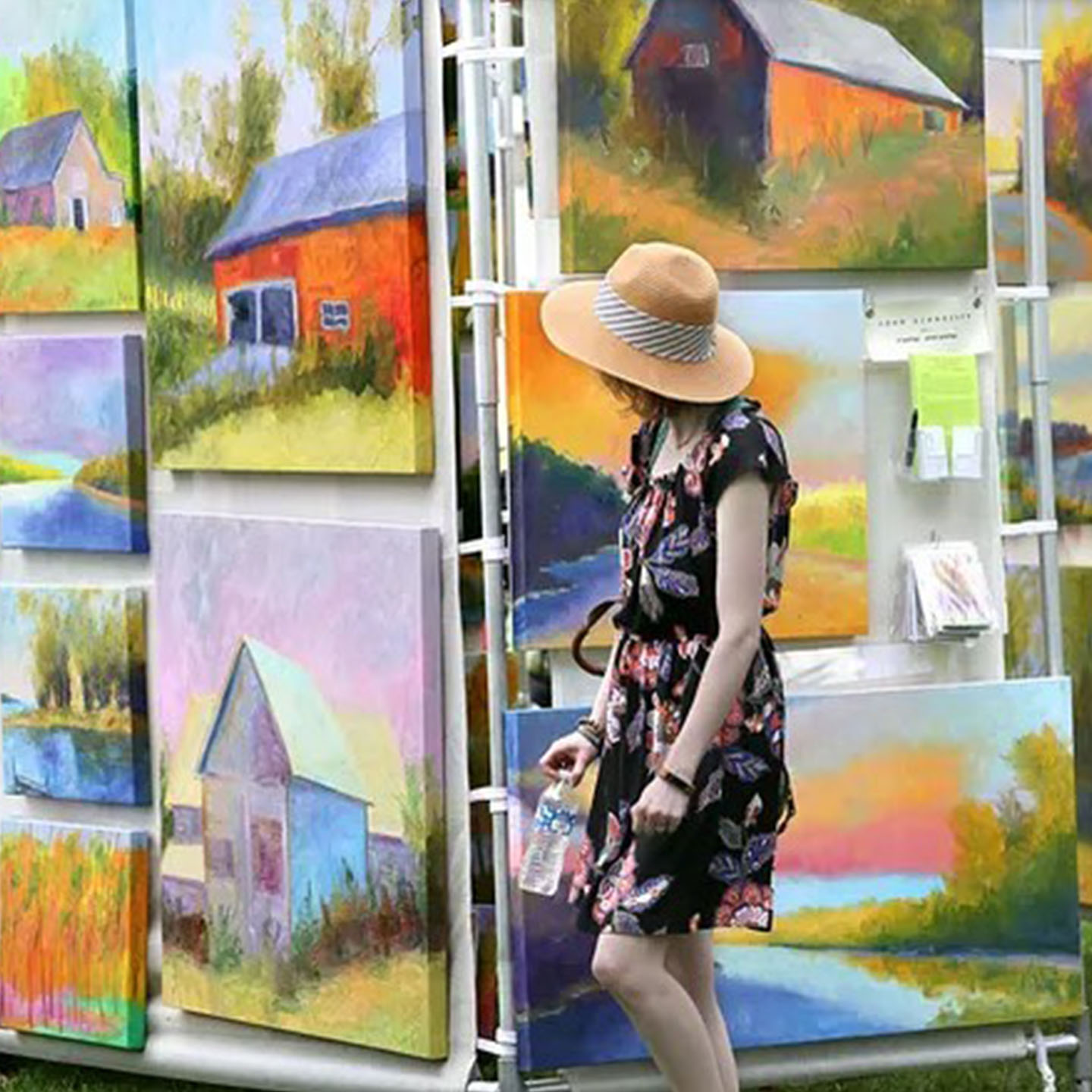 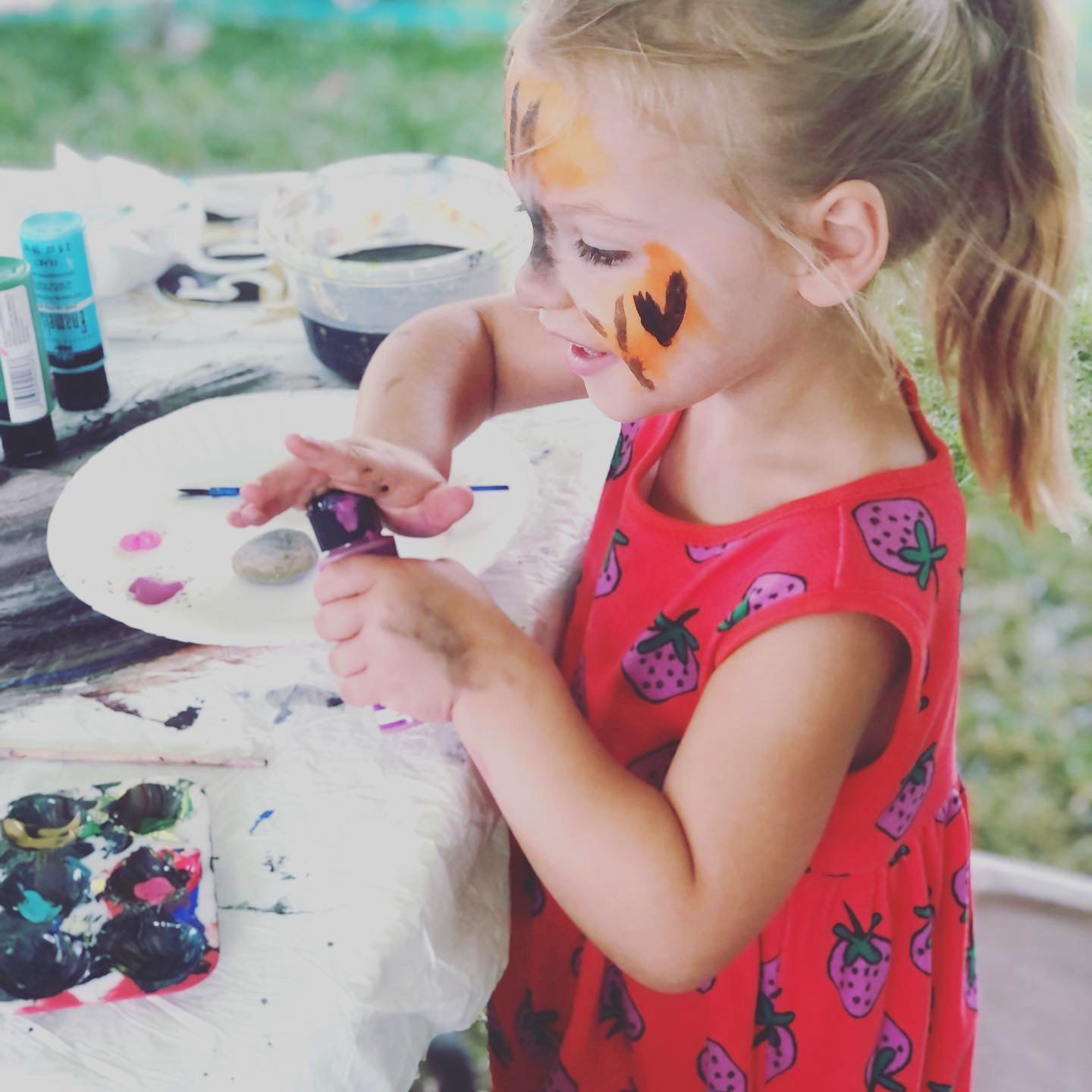 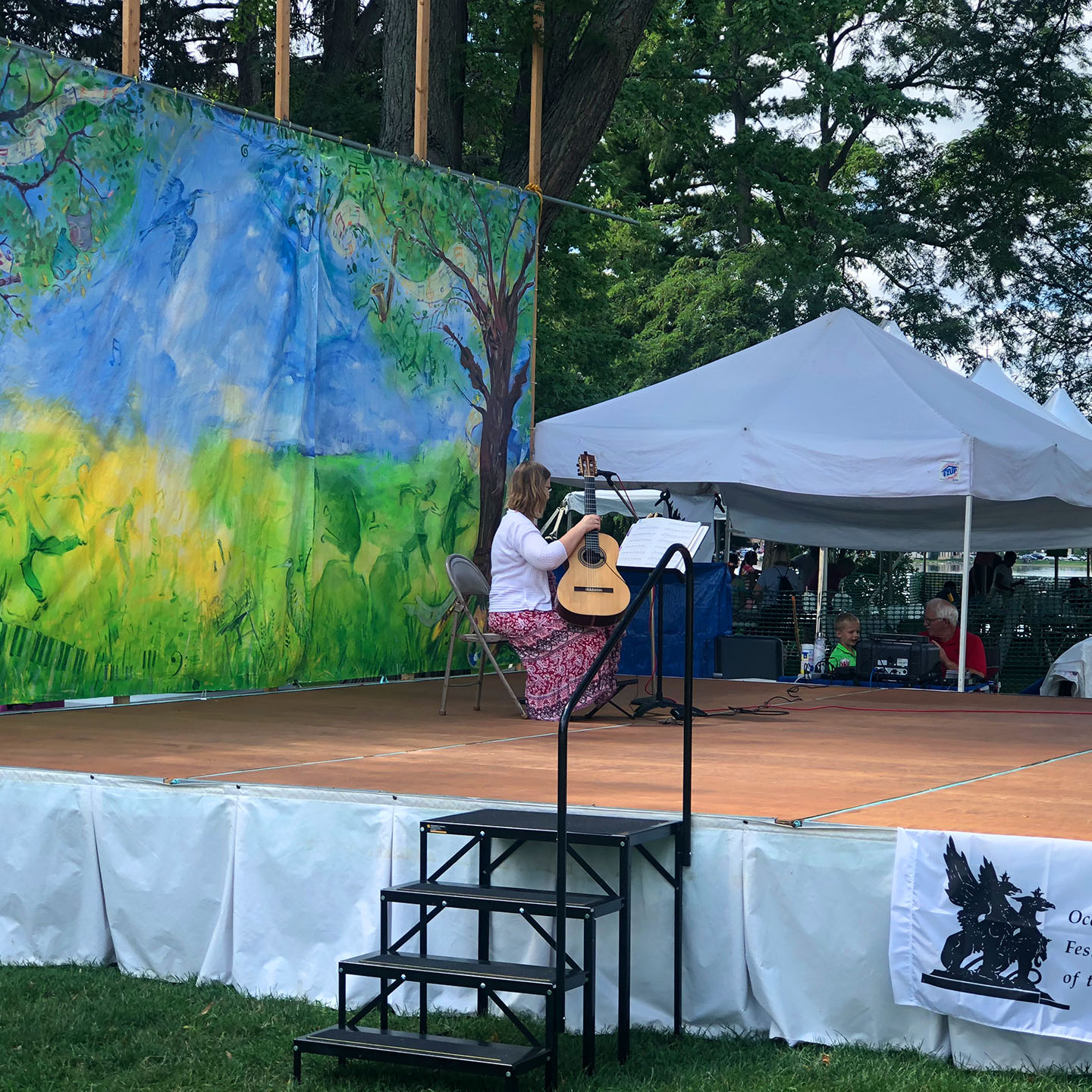